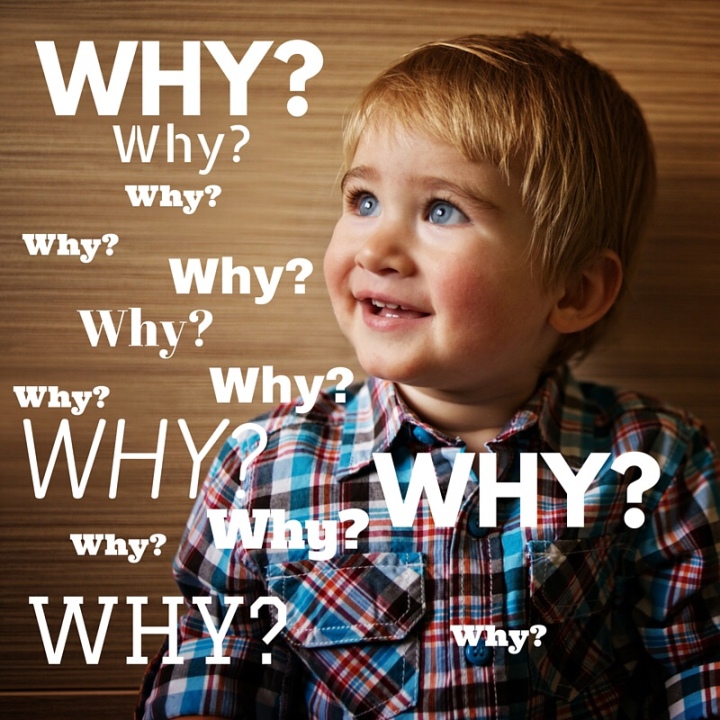 Some people always ask questions. It can be annoying. We all know it when toddlers never stop with the questions. Why is the grass green? Because of chlorophyll. What’s chloryfill, daddy? It’s a chemical that turns grass green. But why?! That’s about as far as my science goes, but you get the picture.

Then there are the annoying people who never seem to have outgrown that toddler phase, with their inquisitive minds and questioning outlooks. These are the folk who want faith to make sense, logically. And that is one way for it to be comprehensible, but not the only way. Why is there suffering? How does substitutionary atonement work? Can you explain the Trinity for me again, ‘cos I’m still struggling with it? (You and me both, my friend, and every person that ever lived!)

Sometimes you can’t help feeling that a bible character has had an unfair press. That’s where I feel we are with poor old Doubting Thomas. Instead, he should really be Questioning Thomas. He comes to the fore three times in John’s gospel. Each time it’s because he’s got a question. To my mind, it might be slightly annoying, but it’s okay.

First time, Jesus is suggesting going back to Judea, down near Jerusalem. This doesn’t sound like a great idea to the disciples. Last time they’d gone there, folk had tried to stone Jesus. But the master says they’re going anyway. Thomas pipes up at this point and says ‘Why don’t we all go down there and die together?’ Now there could be a hint of sarcasm in Thomas’ statement here. It’s just left hanging, as they do indeed step out towards Judea, towards Jesus’ death and a pathway that does lead to an early demise for several of the disciples. I don’t think Thomas is without faith here. He doesn’t refuse to go. He just thinks it is dangerous and he doesn’t understand. If he knew that Jesus’ death was the final sacrifice for the sins of the world, he might have spoken differently. But he is just asking why.

Second time he speaks up, Jesus is saying that he is the way to the Father, to God. Again it is Thomas who speaks up with what everyone is thinking but not daring to say. You know, the person who’s always got their hand up with a question in class. Thomas says, ‘Lord, we don’t know where you are going so how can we know the way?’ This question elicits a great answer. ‘I am the way, the truth and the life.No-one comes to the Father except through me.’ Again, if Thomas had understood the nature of the Trinity he would have not needed questions. He would have known that if you’ve seen Jesus, you’ve seen God. But can we blame him? After all, we have struggled with the awesomeness of this truth for 2000 years.

The last and most famous utterance by Thomas is around the resurrection. When the other disciples see Jesus risen from the dead they tell Thomas who thinks they’re all mad. After all, Thomas had seen Jesus die. ‘Unless I put my fingers in the nail prints I won’t believe’ he says. Like any modern person, he wants proof. If he has understood Jesus’ words about the necessity of the resurrection, and his power to beat death, he would have had no questions. And was he really more full of doubt than the others? I think not. I think he just had questions. When he saw Jesus face to face there were no more questions. He simply bowed down in worship, all his questions answered by the presence of the resurrected Christ.

The thing is, we need people who ask questions. If there’s nobody scrutinising how we do things, bad decisions get made. I bet Napoleon wishes he had a general who had asked ‘Do you really want to invade Russia in the Winter?’ Or maybe Maggie Thatcher would have done better to listen to counsel advising against the Poll Tax.

Churches need people who ask honest questions. So do families. So does society. To my mind, a question is not a lack of faith, it is a sign of someone buying in to a project or organisation or belief. It is caring enough to tie down an answer.

I recently read a definition of totalitarianism. It is a system of government that is centralised and dictatorial and requires complete subservience to the state. In some ways, you think Jesus has every right to be a dictator. After all, power and wisdom and authority belong completely to him. He brooks no rivals. But Jesus takes Thomas’ questions and he answers them. He opens up the interesting question rather than closing it down.

Is Thomas, in his questioning, a cracked pot? Well, he’s definitely got a part of his character that some more simple souls would find frustrating. But think what truths are revealed by his questions, and countless others through the ages. Rejoice in the joy of questions.

This is one in a series of Cracked Pots blogs.