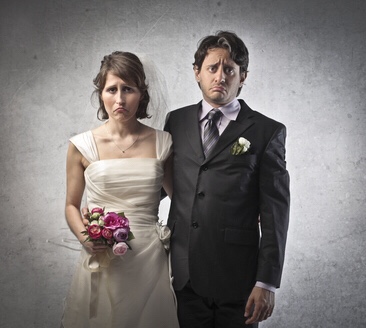 Prince Phillip is known for not always being politically correct. He once said,

“If a man opens the car door for his wife it is either a new car or a new wife.”

The sad reality is that there’s some truth in that. The first flush of romance in a relationship can fade pretty quickly.

I was looking at divorce rates in the UK. The headline figure stands at around 42%. You can read more info here. But essentially if you last the first ten years, you’re in with a good chance of staying the course. Some marriages look dodgy early on, but last. Others surprise everyone when they split. It may be a traditional ‘Father of the bride’ thing but my wife’s dad said to her on the eve of our wedding “It’s not too late to change your mind, you know!” Here we are, 24 years later and I couldn’t be happier. I think she’s okay with her decision too!!

I don’t watch Eastenders. I don’t have the time. But there are some classic lines. I especially remember the Christmas special where Kat’s ‘little sister’ screams out at her ‘You ain’t my mother!’ and the reply comes back ‘Yes I am!’ and the secret shame of a broken family is brought out into the open. A broken family. An unknown father. A teenage mum who gives her baby up to to be raised by grandma.

These stories, the pain of broken relationships are not unknown to the world of the Bible. Take Hosea for example. He’s a prophet from the north of Israel, like Jonah. He’s critical of the Assyrians, again like Jonah. We don’t know much about his personal life, other than that his marriage wasn’t entirely without problems.

He takes a wife called Gomer. The text isn’t clear if she was a sex worker before they married or afterwards. Needless to say, they have three kids whose fatherhood is open to question. The first they call ‘Jezreel’ after the site of a particularly bloody massacre. I guess it would be like calling your kid Auchwitz today. Hosea was drawing attention to the crimes of an evil king. Then the second is called Lo-Ruhamah which means ‘Unloved’ and the third is called Lo- Ammi which means ‘Not my people’. Hosea was pointing out that they weren’t his children, that his wife was going off with other men. It was a metaphor for the fact that the whole nation was worshipping idols made of wood and stone, ignoring the one true God. Just as his wife was unfaithful, so was the nation. Eventually Gomer shacked up with other men full-time, just as Israel was cosying up to the religion of Assyria, to try and keep in the good books of their powerful neighbour.

I do wonder about their poor kids. My parents’ nickname for me as a kid was ‘Dumbo’ and occasionally ‘idiot son’. I think they were meant to be affectionate terms of endearment. They have messed me up a bit though, as Phillip Larkin said my family would. I do know step-children who have been badly damaged by constantly being reminded that they don’t really belong.

We don’t have any idea what happened to the children of Gomer, but their mother’s actions are hardly their fault. Actually we only have the vaguest of clues. Eventually, Gomer and Hosea get back together. Despite her unfaithfulness Hosea welcomes her back and loves her. One assumes that the unloved children come back too, that they are brought up by Hosea despite being sired by other men.

Hosea and Gomer’s story is one of brokenness. Yet it is also one of hope.

In this action, Hosea offers out the hope of the gospel, that there is a possibility of restoration whatever the betrayal. It is a hope for the nation of Israel as well as for Gomer. And it is a hope for us today, that through Jesus Christ, God offers his love and forgiveness and new life to us too. We may be faithless and fickle, destined for punishment and undeserving of love just like Gomer, but we can be recipients of the forgiving and reconciling love of the Almighty.

It’s interesting that even in the messiest of breakdowns, God is at work. Even in the deepest and most personal of betrayals there is hope. Hosea and Gomer’s story is one of brokenness. Yet it is also one of hope. Could God have spoken through Hosea without his marital breakdown? Of course. But this brokenness is the vessel that God chose. This story of love and betrayal and reconciliation is part of our Bibles until the time when the bridegroom returns to take his bride, pure and spotless, to her heavenly home.

This is a part of the Cracked Pots series of blogs. Read some of the other blogs for reflections on how God uses us not despite our brokenness but because of it.

You can read the story of Hosea here.