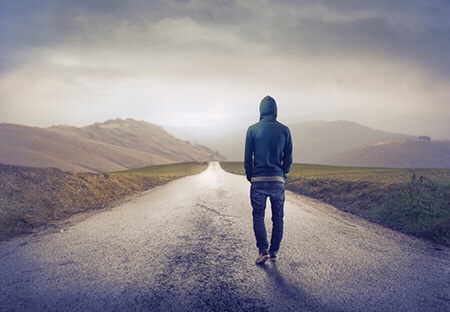 Sometimes people ask me what God’s Plan is for their lives, as though there was an individualised, personalised plan just for them. I don’t think the Bible teaches this. Not at all*. Rather, there is a divine master plan and He calls us to walk in step with Him.

All that said, our part in his plan may depend on a supernatural word for us to see it. Or it may have a lot to do with our personality. What I mean is, the job God has for us may very closely fit in with our character, cracks and all. I see that very much when I think of Moses.

Trying to get inside the mind of Moses is a tricky thing to do. He’s a really complex guy. From his earliest days he was fostered by a royal princess in the courts of the king of Egypt. More or less everyone knew he wasn’t royalty though. He was from slave stock, part of the underclass. You get the feeling he had a massive chip on his shoulder about that. When he saw an Egyptian slave driver beating one of his fellow underclass Hebrews, he beat the man to death.

He had a bit of a temper on him. He’d spent 40 days up Mount Sinai with God showing the Ten Commandments to him. When he comes down and sees the people thieving and carousing, what does he do? He only breaks the stone tablets in two. Has to start all over again.

The people are always grumbling about Moses. He’s leading them, but neither he nor they ever seem entirely happy about it. He seems a very surly, stubborn kind of man to me. He’s not a great speaker. He stutters and seems happiest alone as a shepherd in the wilderness or alone with God up a mountain. He has to be cajoled into accepting help. He was up from dawn to dusk judging legal cases. Only the intervention of his father in law forced him to begrudgingly accept help from others.

He seems a bit of a loner, a bit of an outsider. Happiest with his own company. He is definitely a cracked pot, a man damaged by an upbringing as a perpetual outsider.

But maybe that’s exactly what God needed. When God called this stubborn, taciturn loner to be the hero of the Hebrews, he knew what he was doing. A man who would stand up to Pharaoh, king of the Egyptians, and declare God’s Word “Let my people go!” Not just once but ten times. A man who would stand his ground when faced with a mighty army ranged against him on one side and a moaning sea of ex-slaves on the other.

When you think about it, death followed Moses around quite a bit. You could say it wasn’t his fault, but he dealt with it. First the merciless slave driver, then the plague that killed the firstborn Egyptians, then the rebellious Hebrews who were swallowed up in the ground. So much death. But Moses seemed able to cope with it. Not quite a serial killer but a man who could see it all and remain somewhat detached.

Perhaps God even needs taciturn, stubborn outsiders to fulfil his purposes. Sometimes that is what is required.

It’s comforting to know that there is a place in God’s plan for Cracked Pots like Moses. It may mean that God has a purpose for which I can be useful, with all my faults and failures. But it’s a case of listening to His voice and agreeing to be useful to him, even if it’s not in the place I think I should be.

After all, Moses didn’t think he was hero material. But God knew better. And God knows better with us too.

You can read Moses’ story in The book of Exodus.

This is a part of the Cracked Pots series of blogs.

* This popular idea that God has a personalised plan for us comes from a misreading of Jeremiah 29:11, which is a word to the nation of Israel, not to any individual.